At the beginning of 1998, a letter addressed to the commune of Saillagouse, coming from the twinning committee of Plouzévédé, wishing to exchange and to be twinned with a county of a size equivalent to the Breton village, is at the origin of the twinning between the two communes.
The city council of Saillagouse then gives an agreement in principle, and in April 1998, a delegation moves to Plouzévédé, then it is Cerdans' turn to receive about fifteen Bretons. Over the months, movements between the two villages shows the desire to formalize the twinning of the two municipalities.
By mutual agreement, this ceremony took place successively in each of the two communes: 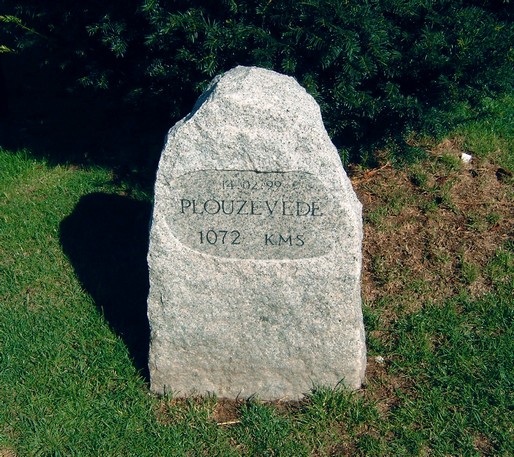 Granite kilometer marker, sculpted by the Salaün establishments, in Cléder (29), awarded for the official twinning ceremony.

Every two years, the school of Plouzévédé is welcomed by the municipal team of Saillagouse during his ski stay in the region.
To discover Berven-Plouzévédé, click here